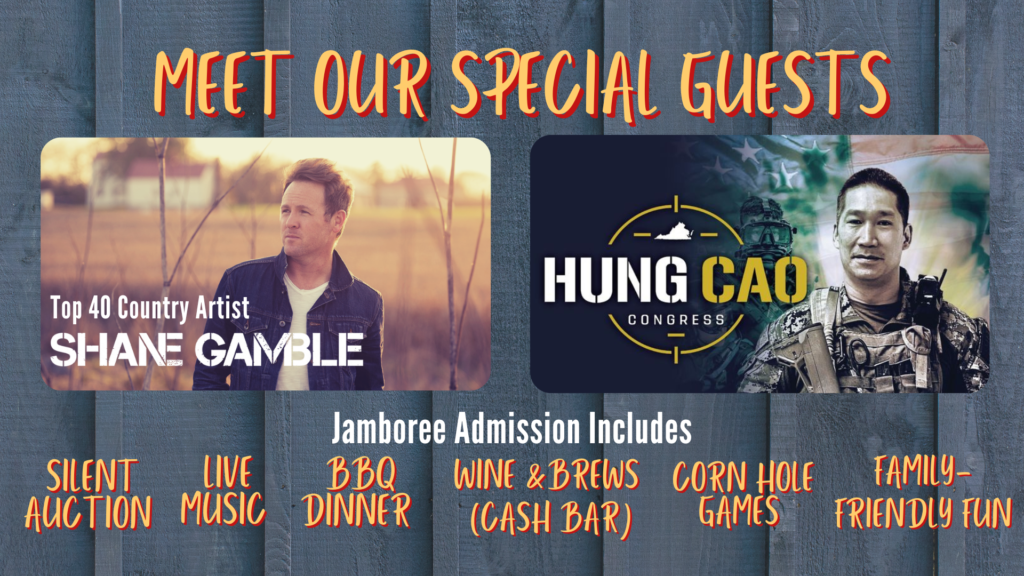 Meet Hung Cao and learn more about this dedicated community leader and his vision!

Hung Cao, who served in Special Operations for 25 years, returned from his last deployment to Afghanistan in January 2021. As he was retiring from the US Navy in October, Kabul fell, leaving hundreds of Americans stranded, and abandoning our allies. These events and several other issues that are crippling our nation prompted Hung to run for the US House of Representatives in VA’s 10th Congressional District.

In addition to balancing the Navy’s $140 Billion budget at the Pentagon and writing the Department of Defense policy, Hung’s assignments also included working with the FBI Joint Terrorism Task Force in San Diego, CA, and establishing a Sheriff’s bomb squad in Monterey, CA, among many other notable accomplishments.

Famous Maryland-based singer/songwriter, Shane Gamble, is set to release a batch of new songs this June. He spent much of the past two years on the road, testing new material while opening for top touring artists like the Eli Young Band, Lee Brice, Lo Cash, Grainger Smith, Phil Vassar, David Nail and Chase Rice. The album will include songs like “She Takes Me There” and “These Old Boots”, both of which were included on Spotify’s “Fresh Finds”, and “New Music Nashville” Country Playlists.

According to the highly accomplished singer and songwriter, “The songs written for the upcoming album are a journey through the places I’ve been, the ups and the downs, and everywhere between. There are some rocking songs on this one, written with the live show in mind”.

We Look Forward to Seeing You at the Summer Jamboree!

Paid for and authorized by the Loudoun County Republican Committee.