TAKING INTO CONSIDERATION THAT the election of the Republican National Committee (RNC) chair will occur on January 27, 2023; and

RECOGNIZING that Ronna Romney McDaniel (Ms. McDaniel) has chaired the Republican National Committee (RNC) since January 2017 and plans to run for re-election on January 27, 2023; and

NOTING WITH GREAT CONCERN THAT inasmuch as the RNC is responsible for supporting and electing Republican candidates to federal office, under Ms. McDaniel’s leadership:

WHEREAS, the Loudoun County Republican Committee (LCRC) of Virginia is a grassroots organization located in Loudoun County, Virginia where its members contribute by taking responsibility and action to promote the Republican Party and its candidates, both locally and nationally; and

WHEREAS, LCRC has lost faith in Ms. McDaniel’s leadership and determined that change in control is imperative for the good of the Republican Party, as outlined by Rep. Lee Zeldin (R-NY):

“Change is desperately needed, and there are many leaders…. ready to step up to ensure our party retools and transforms as critical elections fast approach, namely the 2024 Presidential and Congressional races.”

WHEREAS, several Republican leaders have announced their interest in chairing the RNC to bring a fresh perspective and vision to the job including Ms. Harmeet Dhillon – a conservative lawyer in California who believes that the RNC leadership needs to be “radically reshaped”; and My Pillow CEO Mike Lindell –  a nationally recognized conservative activist critical of Ms. McDaniels; and

REAFFIRMING the LCRC’s commitment to energize the RNC locally and nationally;

NOW, THEREFORE, BE IT RESOLVED that the LCRC has no confidence in the leadership of Chairperson McDaniel and believes she must be replaced as RNC Chair; and

BE IT RESOLVED that the LCRC recommends the Virginia delegation put forward the names of either Ms. Harmeet Dhillon or Mr. Mike Lindell as the new RNC Chairperson;

BE IT RESOLVED that the LCRC urges Chairman Anderson, Mr. Blackwell and Ms. Lyman to heed the profound dissatisfaction by the LCRC with the current RNC leadership and vote for a new Chairperson when the RNC meets on January 27, 2023, to elect a Chair. 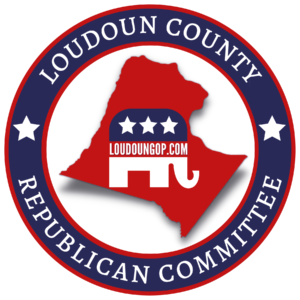